I have a video of my two-year-old daughter sitting quietly in the middle of a tornado.

Not a real tornado, of course. Just the whirling, noisy storm of her two older brothers literally running in circles around her.

In that moment, she is sitting on the floor rocking a baby doll while her brothers bounce around the room like pinballs. While they’re shrieking and giggling, jumping from couch-to-floor and back again, she is singing a lullaby nobody can hear—as if she and her doll are in a quiet place somewhere far, far away.

I watch it now and say a silent thank you. Because—while it may have taken me three kids to get there—it was in that moment that I knew I had a child who is happy just playing by herself.

And that matters. Experts say solo play or “independent play” not only helps children build confidence in themselves; it also helps inspire creativity, build focus, nurture problem-solving skills, and inspire trust—both in themselves and in their relationship with their parents.

Then of course there’s the (very important) fact that alone time for the child gives parents a little time to themselves, too.

"It does give parents a break," said Bryana Kappadakunnel, a Los Angeles-based LMFT, and creator of RaisingChildrenYouLike.com, an online class for parents of young children. "If a child knows how to play independently and doesn’t require the parent to engage or entertain them, it makes things like preparing dinner much easier.”

So where do you start? How can you turn your wiggly, codependent toddler into a self-sufficient kid who’s happy to play alone?

I asked some experts and am sharing my own experiences to give you some suggestions.

Start by doing solo time with your child.

Sure, we all want to have children who can let us go to the bathroom without knocking incessantly at the door because they need us right now (just saying). But that doesn’t mean we can send our unsuspecting two-year-olds to their rooms and expect the magic to happen.

Start by setting up a space that invites them in: Put some paper and crayons on the kitchen table while you’re cooking dinner; set up a playdough station; put a box of Magna-Tiles on the living room floor. Or, says Amy Carney, author of Parent On Purpose: Raising Thoughtful Children in a Complicated World, set up a "boredom box" with age-appropriate items that spark creative play in your child. For this, Carney recommends small items like art supplies, trinkets, toys from birthday party bags, figurines, slime, or putty.

Want to make your toddlers feel good about playing by themselves? Sit nearby and “narrate.” This means just acknowledging what your child is doing, i.e. “You are building a really high tower!” or “You’re really being caring to your baby doll.” Doing this builds children’s confidence about what they’re doing.

By the same token, avoid correcting your child or trying to make it a teaching moment—don't quiz them about colors or ask them to count the blocks in their hands. After all, this is play; not school.

And, replace your instinct to correct with curiosity: for example, if your child is using stacking blocks for all-things-NOT stacking (hey, they make fun hats!), say something like, "Hmm you seem to have found a new way to play with that toy."

Finally: Don't ask questions, which Kappadakunnel said can be distracting to the child. Just watch and narrate. Imagine that you're a nature photographer and just observe the child in her "natural habitat." (They're interesting creatures, those kiddos!)

Apparently, your child doesn’t need a lot of toys. A 2017 study from the University of Toledo in Ohio suggested that an environment with fewer toys is better for toddlers and that too many toys actually decreases the “quality of play." It becomes overwhelming for the child. For each play session, just a handful of toys is enough.

Start by putting out a few toys and telling your child that you're going to watch them play and that they can show you how the toys work. Let your kid get busy, and just be there to watch (if they ask you to play, tell them it is their time to show you or to play on their own—but that you're there to see all they can do!). Then, once they are used to playing without you as a playmate, you can try putting the toys down and walking to another room (or another part of the room where you can do something else independently of your child).

The kind of toy matters.

They say “the more a toy does, the less your child does.” So choose simple toys that inspire open-ended play. Some good examples are:

And don’t tell your child how to use the toy. Let them explore it for themselves. There is no WRONG way to play with a toy (unless it puts the child is in danger, of course).

Note: Avoid toys with screens or sounds—and don’t use toys that are meant to “teach” (like toys that claim to teach ABCs or colors). Toys that teach have their place, experts say, but when it comes to solo play, open-ended toys are best because they inspire creativity and free thought, and allow the child to lead the way.

If your child is resistant to solo play, ask, “Have I been available?”

Does your child fight you when you try to get them to “go play”? Kappadakunnel said maybe your child just needs more of you, first.

Ask yourself: Have you been available to your child lately? If the answer is no, then figure out how you can change that. It doesn't have to be much: Even 10 to 15 minutes of scheduled "special time" a day does wonders for kids. Just set a timer and sit down on the floor with your child. It may seem like a blip to you, but those 10 minutes can really make a difference—for both of you.

While an older child might prefer to spend every moment of her alone time on an iPad or video game console, kids need to make time for more productive time alone. That means, maybe, instead of turning on cartoons first thing in the morning, put down some novel toys and ask your child to make something of them.

It may be a hard shift at first, but beginning the day with play is a good way to start!

Now is as good a time as any.

Whether you’ve got toddlers as clingy as koala bears or older kids who still consider you Playmate No. 1, it’s never too late to start encouraging a little solo time. For toddlers, having “Alone Time” bursts once or twice a week is a good place to start. You can also lead by example, scheduling time for yourself as often as you can and sharing your feelings about it with your kids.

And don't forget about YOU. We all know you need some of that precious me-time, too. So make yourself a model: If they see how happy you are doing something for yourself, by yourself (arts & crafts, taking a walk, reading quietly), maybe they'll start to crave those same sorts of experiences, too. Remember: You can lead the way.

Read books that celebrate being alone.

Books are a good way to teach young children—especially when it means they get some quality time with you. Try reading these books to get your kiddos craving solo play:

Leave Me Alone by Vera Brosgol

My Very Own Space, by Pippa Goodhart

Charlotte The Scientist Is Squished, by Camille Andros 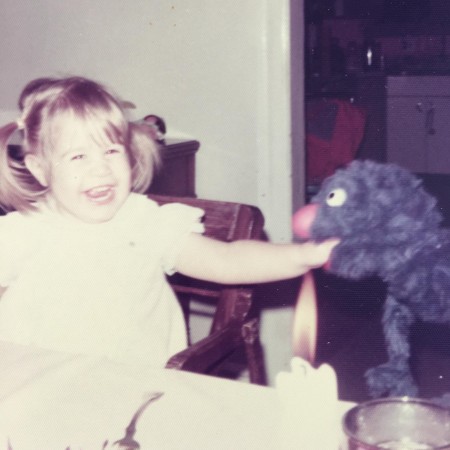 Melissa Heckscher is a writer and mother of three who loves painting, writing silly stories, and sleeping in (the last of which never, ever happens). Visit her online at melissahecksher.com.

When it comes to universal kid truths, the fact that toddlers have tantrums pretty much tops the list. On the flipside is another truth—handling tantrums can be tough for parents. The good news is, parents and caregivers can help our Littles deal with their very big feelings, using specific strategies that can benefit everyone. So we asked the experts for advice, and here’s what they had to say.

I was at the zoo with a baby strapped to my chest, another in a stroller, and one getting uncomfortably close to Ozzie, the zoo's dominant silverback gorilla when she caught my eye. The zookeeper stood off to the side, patiently chopping fruit, meat, and veggies into bite-sized pieces. Just like I do. Every. Single. Meal.

Magna-Tiles & Other Toddler Toys Worth the Splurge

As a mom of four, I know how hard it is to determine which toys are passing fads and which are really worth the splurge. Buying toys can both add up fast and create a lot of clutter. I learned the hard way that spending more on fewer quality toys is a much better investment than buying a bunch of small toys that are quickly tossed aside or break without getting much use.

I was at the zoo with a baby strapped to my chest, another in a stroller, and one getting…