It was just after 5 a.m., the day after my son’s 2nd birthday party when I heard it. My eyes struggled to open while I tried to make sense of what in the world that sound was.“Nee naw, nee naw: 911 to the rescue!” it shrieked over and over. It seemed to be getting louder.

My son received several thoughtful gifts for his birthday, but that electronic toy helicopter was not a friend to sleep-deprived parents. The truth is, although I am grateful for every present my children are given, some gifts make me scratch my head and wonder why? And I’m not alone. I reached out to some other parents to ask them what annoying toys they’ve received, and I’ve gathered them into what I call "Lucy’s Top 5 Most Annoying Types of Toys for Toddlers."

Toddlers love to make messes; that is a given. However, gifting a giant set that will not only take up precious space but cause teeny-tiny grains of sand—it doesn’t, in fact, all stick together—to end up in every crack (every. crack.) isn’t exactly something I would wish on another parent.

Amy R. Received a massive “moon sand” set and said, “I thought it was such a kind and thoughtful gift, but on reflection, maybe the gift giver didn’t like me!”

We do want grown-up children that play music beautifully, but for us to get there, we must endure the screechy, noisy journey to success. Earplugs at the ready! Christmas joy turned to pain for Lisa D., who had not one but three musical instruments enter her home! She said, “A drum kit. A recorder. A mouth organ. My ears were bleeding by the new year!”

No, please, no. These types of toys demand your blood, sweat, and tears, but you know that within a few days (if you are lucky), your kids would have forgotten it ever existed! Helen D. told about her encounter with a colossal car track set her son received. She said, “It came in just under 1000 pieces, presented by the in-laws on Christmas Day, and it took four hours and was so painful to click each piece together I ended up wearing gardening gloves.”

We know toddlers love repetition but must the toys do it so cheerfully? Even the most patient parent would soon acquire a nervous twitch after a few days with one of these kinds of toys! Maureen S. confessed that the worst toy her child was given was a psychedelic-colored toy parrot which “repeated everything said to it, over and over again, in a pseudo-parrot voice. After two days of constant squawking, the batteries somehow fell out and got lost.”

Toys that Go Bump in the Night

Nighttime should be serene and not a scene out of a Stephen King novel! Toys that turn on by themselves and start singing have no room in my house! We had a rocking horse that stopped being cute after a few instances when it did just that. It creeped me out, so I sent it on to grandma’s house! 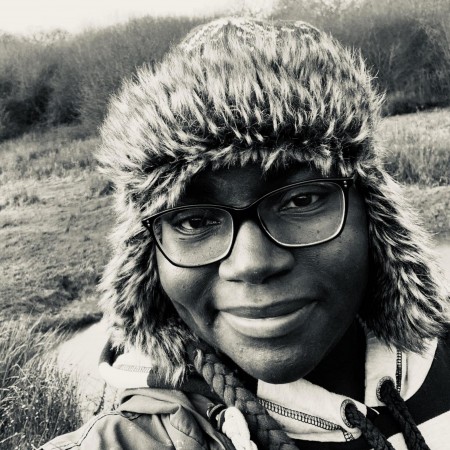 Lucy Benton is a freelance writer from the UK. When not writing, She can be found engaging in Landscape Photography, which pairs well with her love of walking and being in nature. She tweets sporadically at @LucyBwrites. Visit her online at lucybentonwrites.com.

When I was pregnant with my second, my OB accidentally spilled the baby beans to my almost-three-year-old. I was lying on the exam table, holding the measuring tape at the top of my oversized belly when it happened. My doctor casually leaned over and asked my son if he was excited about becoming a big brother.

These Toddler Moms Reveal the Toys & Games They Can't Live Without

Even after three kids, there are days I browse the toy aisle looking for that just-right toy. You know the one. Not too pricey. Keeps them entertained for hours. Bonus points if it makes dinner, but I’ll settle for making life easier. Talk about a tall order. I asked a few parents about their "unicorn" toy finds that check all the boxes and here’s what they had to say.

These Pediatric Nutritionists Reveal Common Mealtime Pitfalls & How to Avoid Them

Are you dealing with a toddler tyrant who comes out at mealtimes? I have been there and I totally get it, so don't feel alone! As parents, we want to make sure our child eats but what often results is a mess of negotiating, refusing to eat and tantrums (usually just from the kids). Sometimes we need to step back and see what the experts recommend to make mealtimes more enjoyable for all parties involved.

We want to hear from you. Click here to take a quick survey and give us your feedback.

Thinking About Throwing a Birthday Party for Your 2-Year-Old? Read This First

Regardless of what your early 20s held, you'd better buckle your seatbelts for a new era of partying: the two-year-old birthday party. These revelers are looking for hands-on fun, and they're leaving it all on the dance floor.…

When I was pregnant with my second, my OB accidentally spilled the baby beans to my almost-three-year-old. I was lying on the exam table, holding the measuring tape at the top of my oversized belly when it happened.…