Screaming child? Check. Flailing arms and legs alternating with stiff-as-a-board posture? Check. Sweating, red-faced adult? Check. The only thing missing is a white van—which at the moment, I am grateful not to have—to make me look like a legit kidnapper. But I'm not a predator. I'm actually just a mom, trying to get my two-year-old into his car seat while passersby debate whether to call the cops.

Experience has taught me that the use of my upper torso and collarbone to smush him into his seat while I'm blindly trying to fasten his five-point restraint as he makes animal noises and screams might not be the solution. Obviously, I can't leave him at the curb, but his uncanny ability to cage fight from the car seat has left me considering it. Instead, I do what all parents do to develop a trusted parenting strategy: I text my friends. I even reach out to an expert. And because we're all in this together, I'm sharing my findings with you. Consider this the Holy Grail of Car Seat Drama Diffusion.

What Friends Have to Say

My friends' responses affirmed that the struggle is real. Your kid sometimes hates being placed into their car seat neither because of bad parenting nor a personality disorder. For 6 months, my best friend had to ask friends, teachers and once even a stranger (who looked nice) to put her daughter in her car, because any time she would do it, there would be a guaranteed struggle.

"Just remember that it's nothing new. It's the same old toddler tantrum over the same nonsensical stuff but in a really, really inconvenient place," she tells me. "Instead of freaking out more, try to block out the strangers staring at you, take a deep breath and a step back and just ride it out." This is obviously harder than it seems, particularly when you're sweating bullets, and your grocery cart is starting to roll away. But she's right. Sometimes, the best way to de-escalate the situation is simply not to engage.

Pro tip: A mom of four with ages ranging from 12 to 2 debunks the idea that you can imagine you're in your favorite place in the world while things are going sideways in the back seat. It's just too hard. "I imagine I'm stuck on a crowded subway car, waiting in line at the grocery store or eating with my first-grader in the school cafeteria." Relaxing? Nope. Survivable? Indeed.

But what happens when you're in a rush, or there's a car waiting for your spot, or you've had all that you can take and you just. want. to. get. home. already? Try the Jedi Eye Trick. You really have to center yourself before doing this; otherwise, you'll end up glaring at your child and will make the matter worse. Instead of reasoning, bargaining, pleading or despairing, take a deep breath, plaster a pleasant but bored expression on your face and go for eye contact. It might take a minute, but when they see that you're doing the opposite of what they expect, close the deal by making comforting physical contact. A leg rub or (if you can get it) a handhold means you're money. Cue the relaxed posture as your child goes from viewing you as an antagonist to a tender-hearted nurturer.

An Expert Weighs In

When I asked an expert how best to diffuse a car seat meltdown, she immediately suggested that parents recognize the problem for what it is: a power struggle. "Toddlers have very little say in what they do and when," says Teresa Woodruff, LPC, ATR-BC, CPCS, who is the owner and clinical director of Art it Out Therapy Center in Atlanta. (She is also a mother of three.) "When we put them in the car, it is constraining. Also, it separates them from us, which often causes anxiety. Screaming is a way for them to communicate that they don’t want to be stuck. Since they are far too young to understand our logic, distraction is key." Hand them a favorite toy or book, sing a silly song, or ask them to repeat animal noises or sounds, she suggests.

Extra Mile: "If you really want to go above and beyond, keep a small container of bubbles in your bag to blow anytime your child is struggling with the transition into a car seat," she says. "This distraction can get them over the initial shock of being constrained." Bubbles, as it turns out, really do make everything better.

I also go straight to the source: my nearly 4-year-old. I tell her that I am trying to help other parents figure out what to do when their kids won't get in their car seats. Wise beyond her years (and also a little frighteningly opportunistic), she puts down her muffin, looks me squarely in the eye and says, "Tell him he can watch a show when he gets home. Or sing him a song." Maybe it's that simple. I'm not above trying it, that's for sure.

At the end of the day, car seat meltdowns are stressful for everyone—your toddler included. Try to keep calm. Avoid raising your voice or trying to force your child into the car seat; it's just going to fuel their fire, escalate their mood and cement their determination. It's a bumpy road, but you'll get down it—and hopefully, these tips and tricks will help you avoid losing a tire along the way. 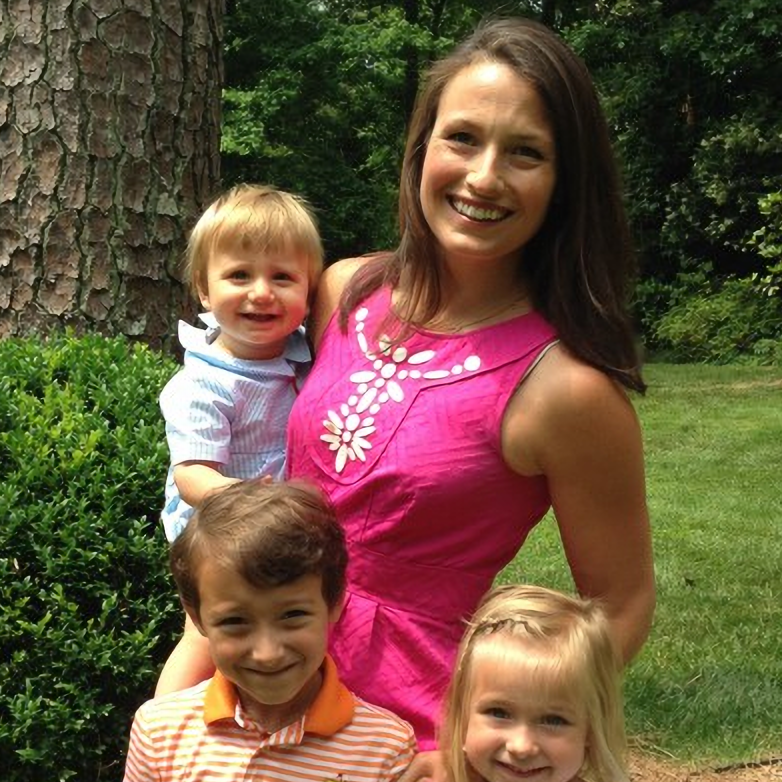 Shelley Massey can be found taking long walks on the beach, sleeping in, or exfoliating. Just kidding. She's a writer, and a mom of 4. Running is literally her only escape. She is the Atlanta City Editor for Red Tricycle. Read more by Shelley here.

The Best Bikes for Toddlers, from Balance to the Real Deal

Whether you’re on your first or your fourth, finding the right bike for your toddler isn’t always easy. With so many options out there—what size? what style? training wheels or balance bike?—it's hard to know where to start. But here's the good news, parents. There isn't one right way or one perfect bike out there. Instead, there are lots of great choices that will help your tot learn to ride like a pro. Although we can't promise Kate Courtney or Lance Armstrong skills, these bikes should take your toddlers through the stages pretty painlessly.

How to Talk to Toddlers about Food, According to Experts

I'm always excited to teach my kids something new, but helping them learn what to eat, when to eat and how much to eat feels daunting. Add to that the desire to raise adventurous eaters without food hangups—it all seems pretty overwhelming. I've read a few books, but I've struggled to find a way of talking about food with my kids that made sense. So, I reached out to a few experts to see what they had to say about the subject.

Podcasts for Toddlers (That You Won't Mind Listening To)

As busy parents of toddlers, finding ways to encourage independence, learning and movement that don't involve screen time isn’t always an easy task! That’s why adding this list of our favorite kid-focused podcasts to your arsenal of parenting tools is something you can’t afford not to do. Then all you’ll have left to do is turn up the volume!

Is This Normal? My Toddler Refuses to Eat

Do you ever wonder about your toddler’s ability to survive on what seems like nothing more than air and the occasional sip of water?…

How to Talk to Toddlers about Food, According to Experts

I'm always excited to teach my kids something new, but helping them learn what to eat, when to eat and how much to eat feels daunting. Add to that the desire to raise adventurous eaters without food hangups—it all seems pretty overwhelming.…